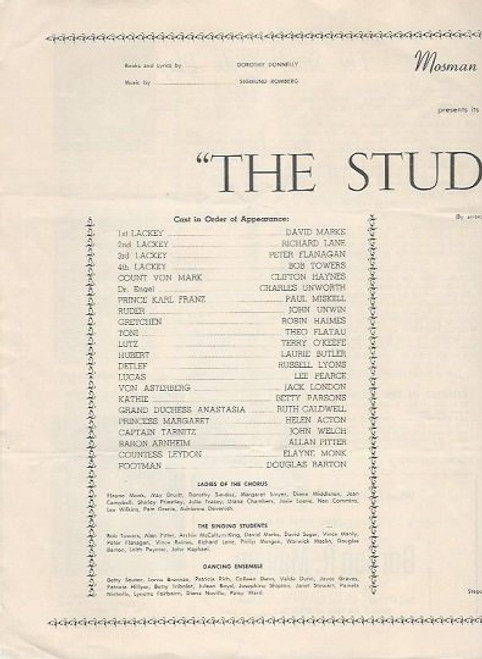 The Student Prince is an operetta in four acts with music by Sigmund Romberg and book and lyrics by Dorothy Donnelly. It is based on Wilhelm Meyer-Förster's play Old Heidelberg. The piece has elements of melodrama but lacks the swashbuckling style common to Romberg's other works. The plot is mostly faithful to its source.
It opened on December 2, 1924, at Jolson's 59th Street Theatre on Broadway. The show was the most successful of Romberg's works, running for 608 performances, the longest-running Broadway show of the 1920s. It was staged by J. C. Huffman.  Even the classic Show Boat, the most enduring musical of the 1920s, did not play as long – it ran for 572 performances. "Drinking Song", with its rousing chorus of "Drink! Drink! Drink!" was especially popular with theatergoers in 1924, as the United States was in the midst of Prohibition. The operetta contains the challenging tenor aria "The Serenade" ("Overhead the moon is beaming").