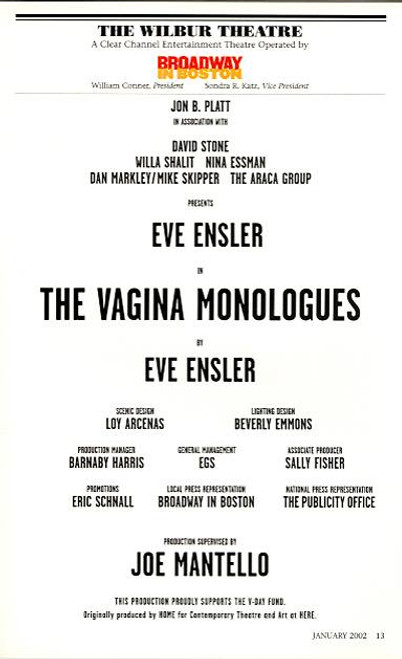 The Vagina Monologues is an episodic play written by Eve Ensler which ran at the off-Broadway Westside Theatre after a limited run at HERE Arts Center in 1996. Ensler originally starred in the production; when she left the play it was recast with three celebrity monologists. The production has been staged internationally, and a television version featuring Ensler was produced by cable TV channel HBO. In 1998, Ensler and others, including Willa Shalit, a producer of the Westside Theatre production, launched V-Day, a global non profit that has raised over $75 million for women's anti-violence groups through benefits of The Vagina Monologues.(Jan 2002)