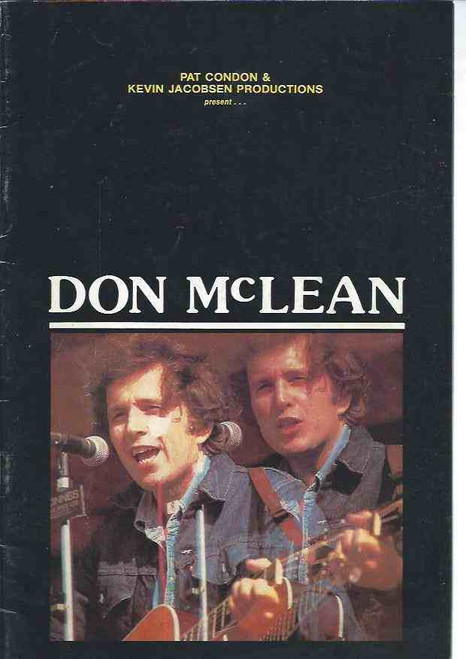 Donald "Don" McLean (born October 2, 1945) is an American singer-songwriter. He is most famous for the 1971 album American Pie, containing the songs "American Pie" and "Vincent".

McLean's subsequent albums did not match the commercial success of American Pie but he became a major concert attraction in the US and overseas. His repertoire included old concert hall numbers and the catalogues of singers such as Buddy Holly, and another McLean influence, Frank Sinatra. The years spent playing gigs in small clubs and coffee houses in the 1960s transformed into well-paced performances. McLean's first concerts at Carnegie Hall in New York and the Albert Hall in London in 1972 were critically acclaimed.