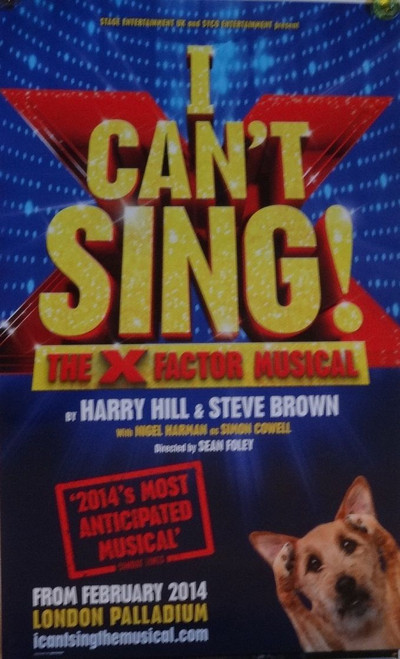 I Can't Sing! The X Factor Musical was a musical comedy written by Harry Hill, with music and additional lyrics by Steve Brown. Based on the TV series The X Factor, the musical made its West End and world premiere in March 2014, at the London Palladium. Due to low ticket sales, it closed just 6 weeks and 3 days later on 10 May 2014, reportedly losing £4 million.

On 30 August 2013, it was announced that Nigel Harman would play the role of Simon Cowell, with Alan Morrissey playing the role of Max and Cynthia Erivo playing Chenice the main contestant in the story. The production's Judging panel was later completed, with the news that Ashley Knight would play Louis, with Victoria Elliot playing the role of Jordy. The production's first public performance came at the Royal Variety Performance in November 2013, performing a medley of "Please Simon" and "I Can't Sing!", the show's title song.