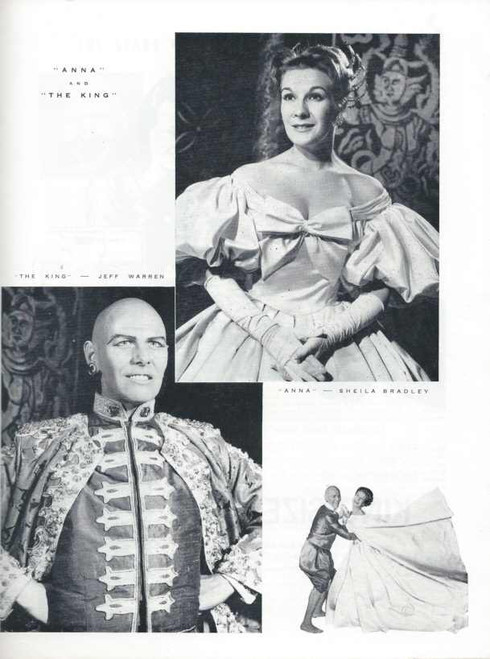 The King and I is a musical, the fifth by the team of composer Richard Rodgers and dramatist Oscar Hammerstein II. It is based on the 1944 novel Anna and the King of Siam by Margaret Landon, which derives from the memoirs of Anna Leonowens, governess to the children of King Mongkut of Siam in the early 1860s. The musical's plot relates the experiences of Anna, a British schoolteacher hired as part of the King's drive to modernize his country. The relationship between the King and Anna is marked by conflict through much of the piece, as well as by a love that neither can admit. The musical premiered on March 29, 1951, at Broadway's St. James Theatre. It ran nearly three years, then the fourth longest-running Broadway musical in history, and has had many tours and revivals.

This Souvenir Brochure is from the Princes Theatre Melbourne Australia 1962