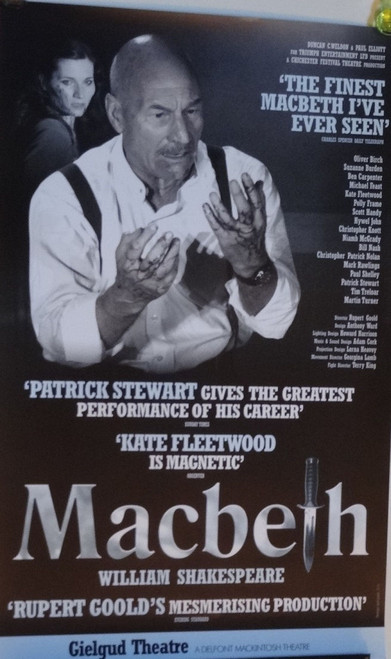 Macbeth (full title The Tragedy of Macbeth) is a tragedy by William Shakespeare; it is thought to have been first performed in 1606. It dramatises the damaging physical and psychological effects of political ambition on those who seek power for its own sake. Of all the plays that Shakespeare wrote during the reign of James I, who was patron of Shakespeare's acting company, Macbeth most clearly reflects the playwright's relationship with his sovereign.It was first published in the Folio of 1623, possibly from a prompt book, and is Shakespeare's shortest tragedy.

Shakespeare's source for the story is the account of Macbeth, King of Scotland; Macduff; and Duncan in Holinshed's Chronicles (1587), a history of England, Scotland, and Ireland familiar to Shakespeare and his contemporaries, although the events in the play differ extensively from the history of the real Macbeth. The events of the tragedy are usually associated with the execution of Henry Garnet for complicity in the Gunpowder Plot of 1605.

Stewart has been a prolific actor in performances by the Royal Shakespeare Company, appearing in more than 60 productions. His first appearance was in 1966 in The Investigation and in the years that followed he became a core member of the company, taking on three or four major roles each season.