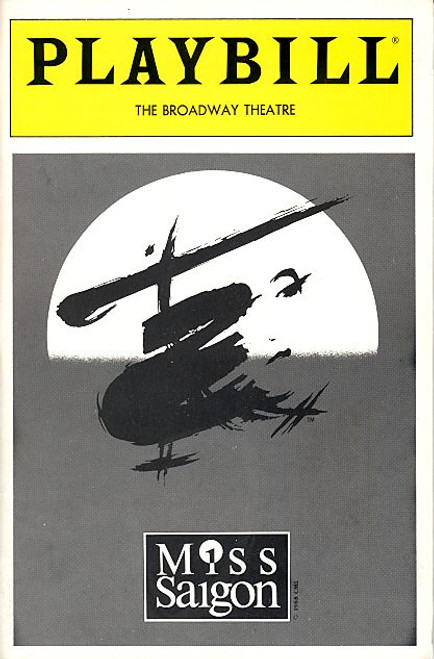 Miss Saigon is a West End musical by Claude-Michel Schönberg and Alain Boublil, with lyrics by Boublil and Richard Maltby, Jr.. It is based on Giacomo Puccini's opera Madame Butterfly, and similarly tells the tragic tale of a doomed romance involving an Asian woman abandoned by her American lover. The setting of the plot is relocated to the 1970s Saigon during the Vietnam War, and Madame Butterfly's American Lieutenant and Japanese geisha coupling is replaced by a romance between an American GI and a Vietnamese bar girl. The musical debuted on Broadway at the Broadway Theatre on April 11, 1991 and closed on January 28, 2001 after 4,092 performances. Directed again by Nicholas Hytner with musical staging by Bob Avian, scenic design was by John Napier, costume design was by Andreane Neofitou and Suzy Benzinger and lighting design was by David Hersey. As of April 2009, Miss Saigon is still the 10th longest-running Broadway musical in musical theatre history. Frances Ruitvivar, Leila Florentino, Sean McDermott, Alton F White - Broadway Theatre