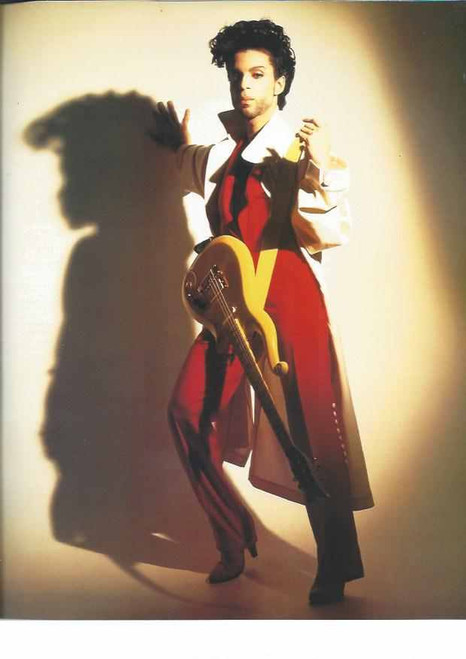 Prince and the New Generation 1999  Tour

Prince Rogers Nelson (born June 7, 1958), known by his stage name Prince, is an American singer-songwriter, musician, multi-instrumentalist and actor. He has produced ten platinum albums and thirty Top 40 singles during his career. He established his own recording studio and label; writing, self-producing and playing most, or all, of the instruments on his recordings. In addition, he has been a "talent promoter" for the careers of Sheila E., Carmen Electra, The Time and Vanity 6,and his songs have been recorded by these artists and others (including Chaka Khan, The Bangles, Sinéad O'Connor, and Kim Basinger). He also has several hundred unreleased songs in his "vault".

1991 marked the debut of Prince's new band, The New Power Generation. With guitarist Miko Weaver and long-time keyboardist Doctor Fink gone, Prince added bass player Sonny T., Tommy Barbarella on keyboards, and a brass section known as the Hornheads to go along with Levi Seacer (taking over on guitar), Rosie Gaines, Michael Bland, and the Game Boyz. With significant input from his band members, Diamonds and Pearls was released on October 1, 1991. Reaching No.3 on the Billboard 200 album chart, Diamonds and Pearls saw 4 hit singles released in the United States. "Gett Off" peaked at No.21 on the Hot 100 and No.6 on the R&B charts, followed by "Cream" which gave Prince his fifth U.S. number one single. The title track "Diamonds and Pearls" became the album's third single, reaching No.3 on the Hot 100 and the top spot on the R&B charts. "Money Don't Matter 2 Night" peaked at No.23 and No.14 on the Hot 100 and R&B charts respectively.