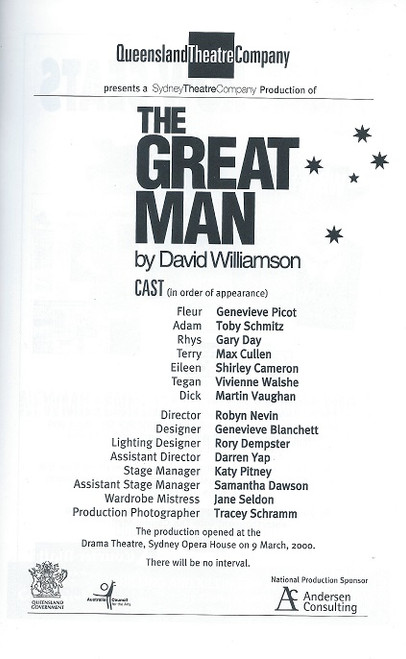 Size 240 x 155 mm  Pictures and information of the cast and show.
Condition: Used Good 8/10  - original ticket stapled to 2nd page
(Please Note scans are low res for fast loading)
Each Order will incur a $5.00 handling fee (including free shipping)
All Prices Shown are in USD (United States of America Dollars)
All Payments by Paypal Just Checkout as GUEST no need to register