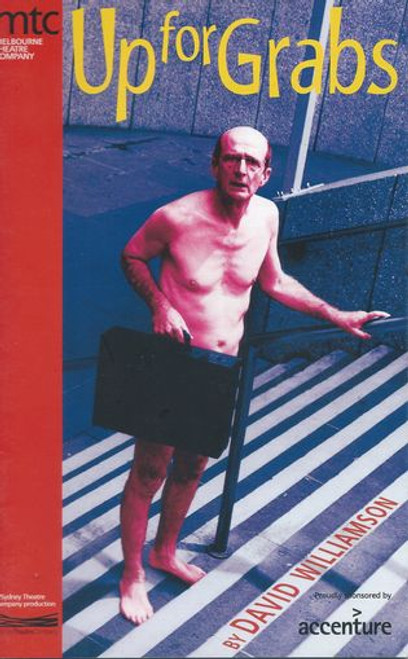 Up for Grabs - Melbourne Theatre Company 2001

Up For Grabs (2000) is a play by Australian playwright David Williamson.

Set in the booming international art market from 1990, which was fuelled by the dot com boom, it involves scenes of an alternate sexual nature. Not seen critically as one of Williamson strongest plays, it is a play of bad manners, an analysis of how wealth and power can corrupt the arts. The London West End theatre version saw Madonna, billed as 'Madonna Ritchie', starring on stage for the third time in her career, to overall poor critical review of her technical ability and was even described as "the evening's biggest disappointment" by one.

Williamson's play is about the booming international art market from 1990 to the present. In Australia in 1990, total art sales at auction were less than $17 million, by 1995 $27 million, by 1999 to $70 million and in 2002 worth more than $90 million. According to investment analysts, art has been the fourth best-performing asset in Australia for the ten years to 2002. This pushed contemporary Australian art prices to new highs, with Brett Whiteley's "The Jacaranda Tree" fetching $1.9 million in 1999