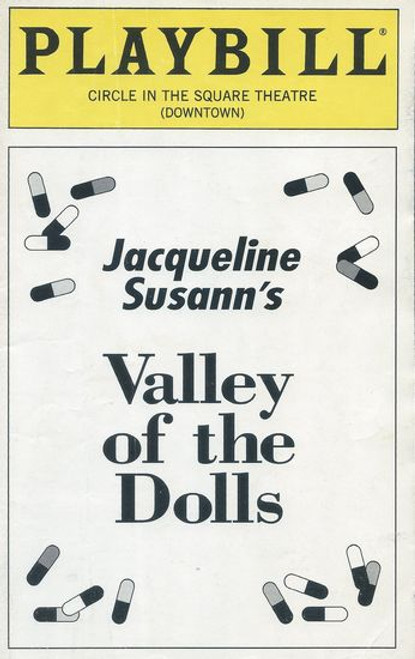 Valley of the Dolls - Broadway Circle in the Square

This play is based on the Valley of the Dolls is a 1967 American drama film directed by Mark Robson, produced by Robson and David Weisbart, and starring Barbara Parkins, Patty Duke, Sharon Tate and Susan Hayward. It was based on Jacqueline Susann's 1966 novel of the same name. As the fate-plagued heroines, Eliza Coyle (Anne Welles), Kate Flannery (Neely O’Hara) and Lizzie Murray (Jennifer North) have certainly done their homework as they lovingly skewer the film performances of Barbara Parkins, Patty Duke and Sharon Tate, respectively.

Condition: Used Good 8/10 a little wear on back cover