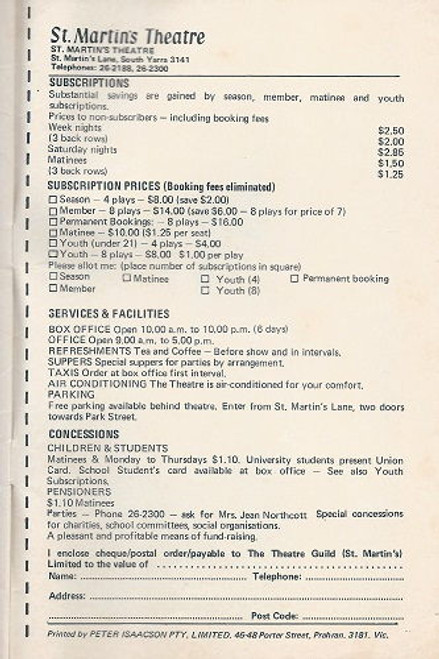 Widowers' Houses (1892) was the first play by George Bernard Shaw to be staged. It premièred on 9 December 1892 at the Royalty Theatre, under the auspices of the Independent Theatre Society — a subscription club, formed to escape the Lord Chamberlain's Office censorship. The play had originally been written in 1885 as a collaboration with William Archer; but the two fell out and this first attempt was abandoned. Shaw reorganised his fragments, and added a third act for the production, at the invitation of Jakub Grein. This is one of three plays Shaw published as Plays Unpleasant in 1898. They were termed "unpleasant" because they were intended, not to entertain their audiences – as traditional Victorian theatre was expected to – but to raise awareness of social problems and to censure exploitation of the laboring class by the unproductive rich. The other plays in the group are The Philanderer and Mrs. Warren's Profession.