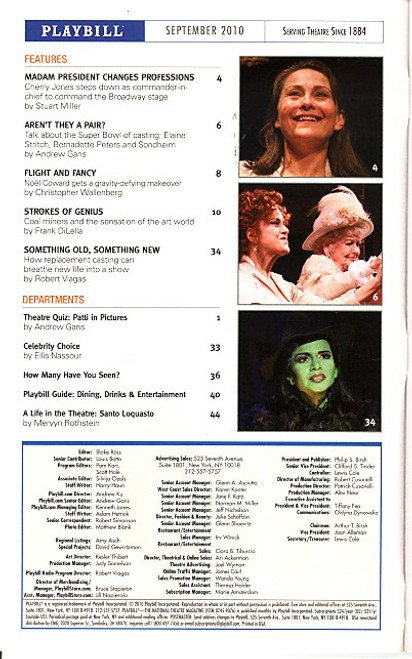 It focuses on the relationship between two actors, the play's only characters. One, Robert, is a stage veteran while John is a young, promising actor. As the play goes on they are involved in a variety of productions, and gradually their relationship begins to change. The play was first produced off-Broadway at the Lucille Lortel Theatre (then the Theatre De Lys) in October 1977 through July 1978, with Ellis Rabb as Robert and Peter Evans as John and directed by Gerald Gutierrez. It was also produced off-Broadway at the Jewish Repertory Theatre in February 1992 through March 1992, with F. Murray Abraham as Robert and Anthony Fusco as John. This revival featured Patrick Stewart and T.R. Knight and directed by Neil Pepe began performances on Broadway in a limited engagement, opened officially in October 2010 for a 15-week run, through January 2, 2011. However, after mixed critical reviews and low box office returns, the show closed on November 28, 2010 afte 24 previews and 56 regular performances.