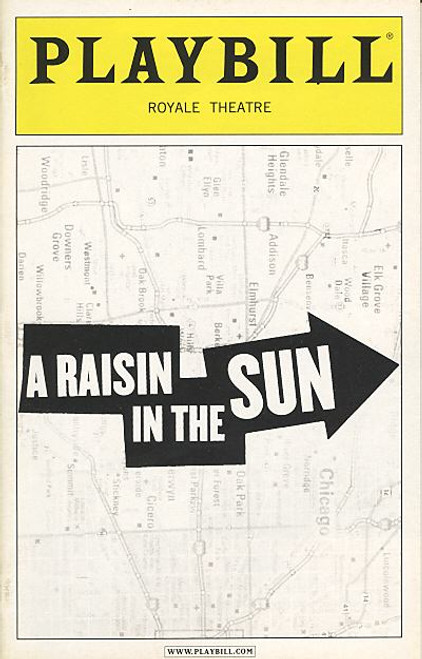 A Raisin in the Sun (Play)

A Raisin in the Sun is a play by Lorraine Hansberry that debuted on Broadway in 1959.The title comes from the poem "Harlem" (also known as "A Dream Deferred") by Langston Hughes. The story is based upon a black family's experiences in the Washington Park Subdivision of Chicago's Woodlawn neighbourhood. With a cast in which all but one are African-Americans, A Raisin in the Sun was considered to be a risky investment, and it took over a year for producer Philip Rose to raise enough money to launch the play. After touring to positive reviews, it premiered on Broadway on March 11, 1959.

Waiting for the curtain to rise on opening night, Hansberry and producer Phillip Rose did not expect the play to be a success, for it had already received mixed reviews from a preview audience the night before. Though it received popular and critical acclaim, reviewers argued about whether the play was "universal" or particular to African-American experiences. The New York Drama Critics' Circle named it the best play of 1959, and it ran for nearly two years and was produced on tour. A Raisin in the Sun was the first play written by a black woman to be produced on Broadway, as well as the first play with a black director (Lloyd Richards) on Broadway.