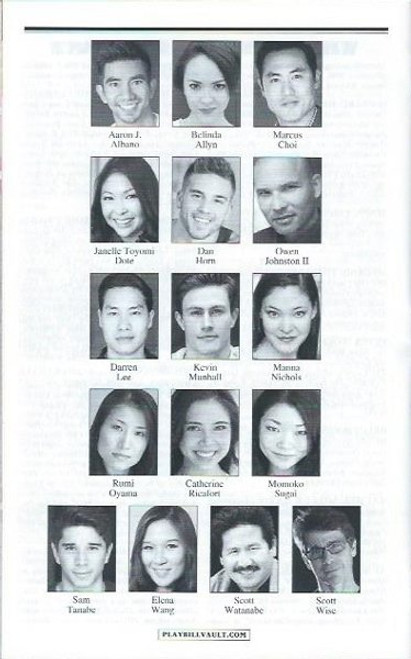 Allegiance is a musical with music and lyrics by Jay Kuo and a book by Marc Acito, Kuo and Lorenzo Thione. The story, set during the Japanese American internment of World War II (with a framing story set in the present day), was inspired by the personal experiences of George Takei, who stars in the musical. It follows the Kimura family in the years following the attack on Pearl Harbor, as they are forced to leave their farm in Salinas, California and are sent to the Heart Mountain internment camp in the rural plains of Wyoming.