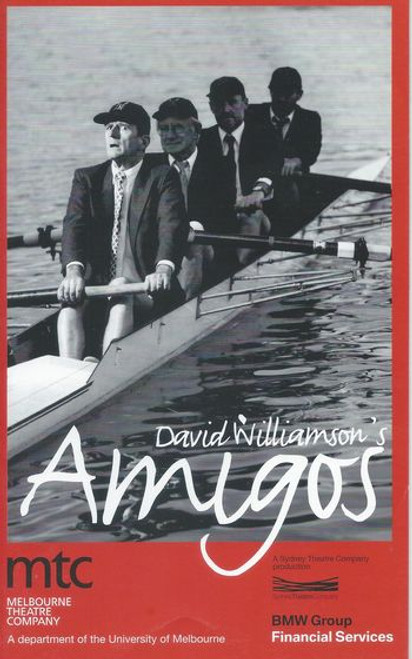 Amigos is a 2004 play by the Australian playwright David Williamson, published by Currency Press in 2004, which premiered with the Sydney Theatre Company. Amigos is a play about male friendship, but also about a host of other issues, from marriage to the politics of the Olympics. The three middle-aged survivors of the four amigos, the rowing team who won an Olympic bronze in Mexico in 1968, now compete for even bigger prizes. Jim (Gary Day) craves an AC (Companion of the Order of Australia) to legitimise his life of corporate bastardry, and his old mate, Dick (Tony Llewellyn-Jones), a heart surgeon, might be able to get it for him. Stephen (Garry McDonald) has chosen to drop out of competitive life, shattered by the death of his 23-year-old son.