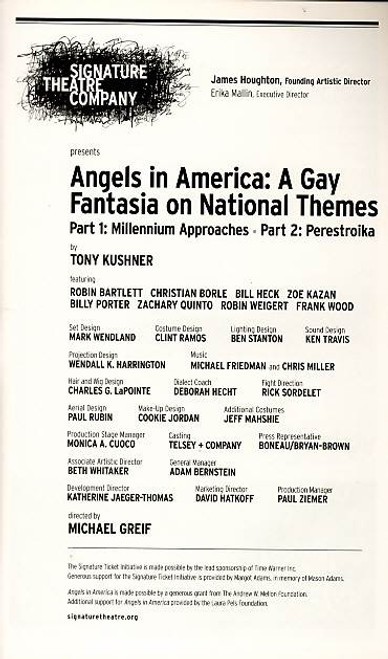 This playbill  is from Angels in America  Jan 2011 Revival