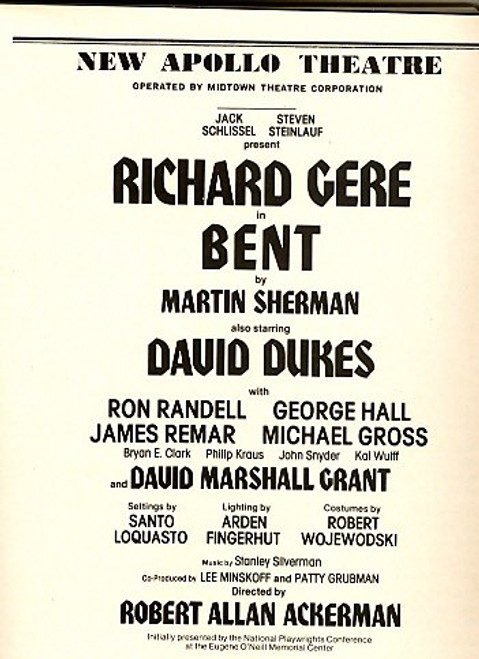 Bent  is a 1979 play by Martin Sherman. It revolves around the persecution of gays in Nazi Germany, and takes place during and after the Night of the Long Knives. The play runs for 2 hours.