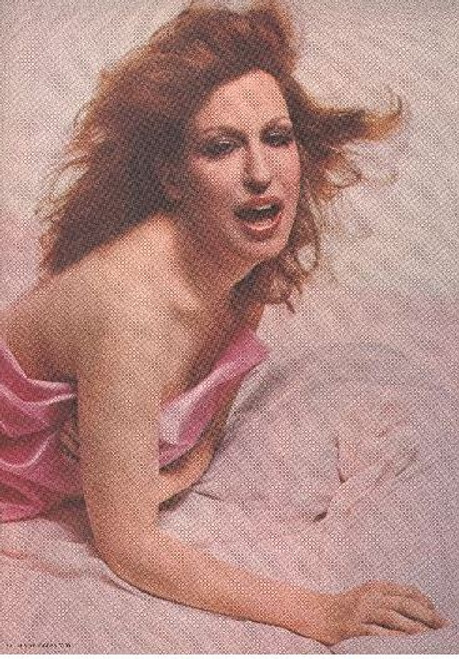 Bette Midler (born December 1, 1945), also known by her informal stage name, The Divine Miss M, is an American singer-songwriter, actress, comedian, producer and entrepreneur. In a career spanning almost half a century, Midler has been nominated for two Academy Awards, and won three Grammy Awards, four Golden Globes, three Emmy Awards, and a special Tony Award. She has sold over 30 million albums worldwide.

Midler released her debut album, The Divine Miss M, on Atlantic Records, in December 1972. It reached Billboard’s Top 10 and became a million-selling Platinum-certified album, earning Midler the 1973 Grammy Award for Best New Artist. It featured three hit singles, with “Do You Wanna Dance?”, “Friends”, and “Boogie Woogie Bugle Boy”, which became Midler’s first No. 1 Adult Contemporary hit. “Bugle Boy” became a very successful rock cover of the classic swing tune originally introduced and popularized in 1941 by the famous Andrews Sisters, of whom Midler has repeatedly referenced as her idols and inspiration, as far back as her first appearances on The Tonight Show Starring Johnny Carson. Midler told Carson in an interview that she always wanted to move like the sisters, and Patty Andrews once remembered, “When I first heard the introduction on the radio, I thought it was our old record. When Bette opened at the Amphitheater in Los Angeles, Maxene and I went backstage to see her. Her first words were, ‘What else did you record?'” During another one of Midler’s concerts, Maxene went on stage and presented her with an honorary bugle. Bette recorded other Andrews Sisters hits, including “In the Mood” and “Lullaby of Broadway.

The Divine Miss M. World Tour 1978 When Bette Midler and her entourage visited Australia, at the end of her 1978 world tour, she sold out 34 shows.

Her infamous “trash with flash” act consisted of a sting of hits and jokes including her Delores Delago character – a beached mermaid, who zoomed on and off stage in a motorized wheelchair.