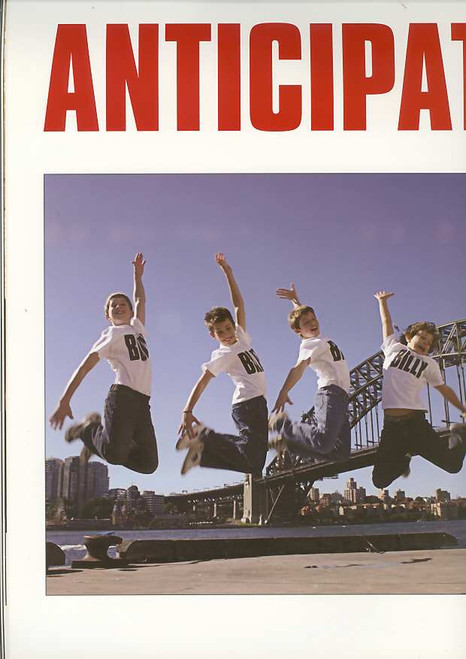 Billy Elliot  the Musical is a musical based on the 2000 film Billy Elliot. The music is by Sir Elton John, and book and lyrics are by Lee Hall, who wrote the film’s screenplay. The plot revolves around motherless Billy, who trades boxing gloves for ballet shoes. The story of his personal struggle and fulfillment are balanced against a counter-story of family and community strife caused by the UK miners’ strike (1984–1985) in County Durham, in Northern England.

This Souvenir Brochure is from the Australian Tour  2007-2009

Size 240 x 340 mm Full with lots of stories and photos from the show, Cast and Crew.
Condition: Used Good 8/10 Large Coffee Table format (Ticket Stapled to First Day, cover has marks where it has rubbed on other books)
(Please Note scans are low res for fast loading)