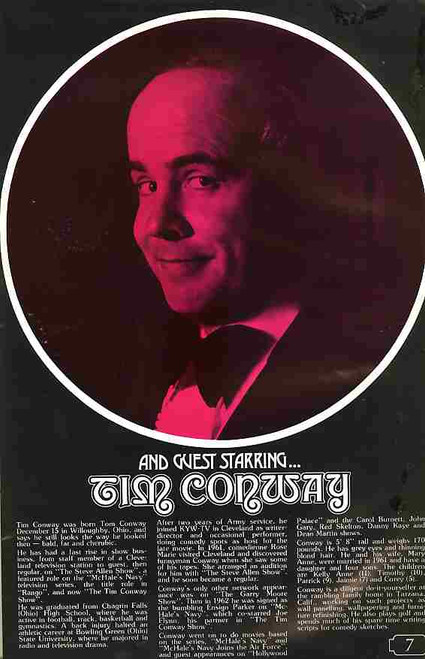 Carol Creighton Burnett (born April 26, 1933) is an American actress, comedian, singer, dancer and writer. Burnett started her career in New York. After becoming a hit on Broadway, she made her television debut. After successful appearances on The Garry Moore Show, Burnett moved to Los Angeles and began an eleven-year run on The Carol Burnett Show which was aired on CBS television from 1967 to 1978. With roots in vaudeville, The Carol Burnett Show was a variety show which combined comedy sketches, song, and dance. The comedy sketches included film parodies and character pieces. Burnett created many characters during the show’s television run.

Brochure does have water stains on the last few pages. 6/10 see pixs...