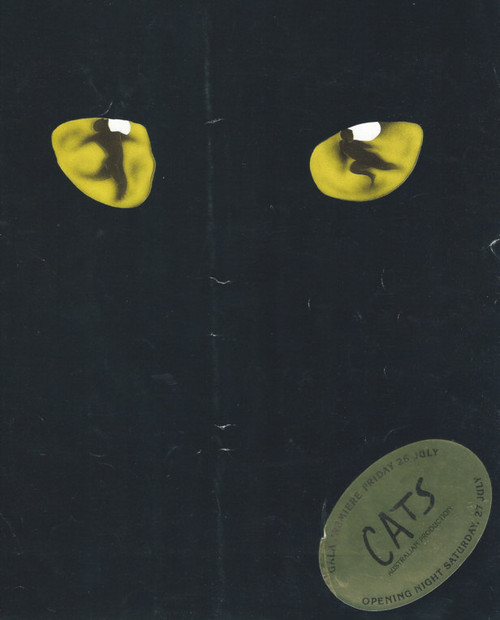 Cats is a musical composed by Andrew Lloyd Webber, based on Old Possum's Book of Practical Cats by T. S. Eliot, and produced by Cameron Mackintosh. The musical tells the story of a tribe of cats called the Jellicles and the night they make what is known as "the Jellicle choice" and decide which cat will ascend to the Heaviside Layer and come back to a new life. Cats also introduced the song standard "Memory". Cats is the second longest-running show in Broadway history, and the fourth longest-running West End musical. It has been performed around the world many times and has been translated into more than 20 languages. In 1998, Cats was turned into a made-for-television film. Directed by Trevor Nunn and choreographed by Gillian Lynne, Cats first opened in the West End in 1981 and then with the same creative team on Broadway in 1982.

* Condition Program has a soft cover that has some rub marks and creases, also some small cracks on cover.