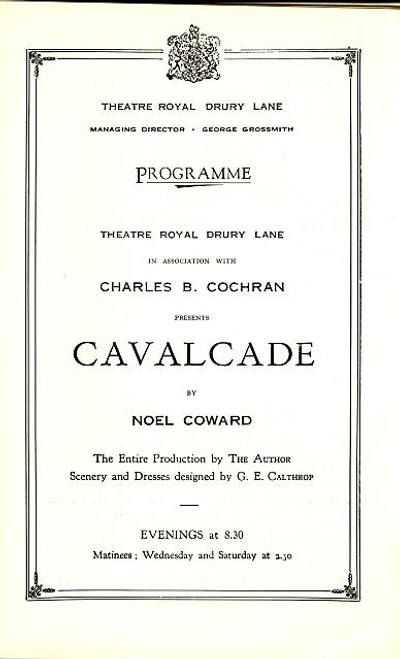 Cavalcade is a play by Noël Coward. It focuses on three decades in the life of the Marryotts, a quintessential British family, and their servants, beginning at the start of the 20th century and ending on New Year's Eve in 1929. The play premiered in London in 1931 at the large Theatre Royal, Drury Lane. The spectacular production involved a huge cast and massive sets. The play was very successful and ran for almost a year. Cavalcade (UK 1931) Mary Clare, Edward Sinclair, Una O'Connor, Fred Groves, Irene Browne - Theatre Royal Drury Lane London.

Condition : Used Good (However tear front page where the seal was) 6/10