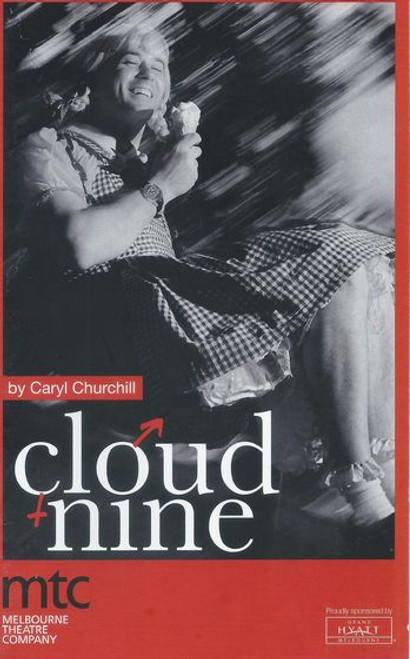 Cloud 9 is a two-act play written by British playwright Caryl Churchill. It was workshopped with the Joint Stock Theatre Company in late 1978 and premiered at Dartington College of Arts, Devon, on 14 February 1979.

The two acts of the play form a contrapuntal structure. Act I is set in British colonial Africa in the Victorian era, and Act II is set in a London park in 1979. However, between the acts only twenty-five years pass for the characters. Each actor plays one role in Act I and a different role in Act II – the characters who appear in both acts are played by different actors in the first and second. Act I parodies the conventional comedy genre and satirizes Victorian society and colonialism. Act II shows what could happen when the restrictions of both the comic genre and Victorian ideology are loosened.

One of Churchill's most renowned works, the play uses controversial portrayals of sexuality and obscene language, and establishes a parallel between colonial and sexual oppression.Its humour depends on incongruity and the carnivalesque, and helps to convey Churchill's political message about accepting people who are different and not dominating them or forcing them into particular social roles.