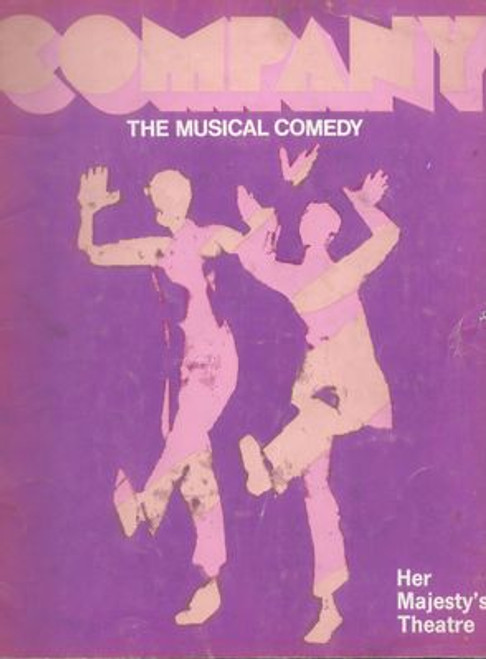 Company is a musical with a book by George Furth and music and lyrics by Stephen Sondheim. Originally entitled Threes, its plot revolves around Bobby (a single man unable to commit fully to a steady relationship, let alone marriage), the five married couples who are his best friends, and his three girlfriends. Unlike most book musicals, which follow a clearly delineated plot, Company is a concept musical composed of short vignettes, presented in no particular chronological order, linked by a celebration for Bobby's 35th birthday. Company was among the first musicals to deal with adult problems through its music. As Sondheim put it, "Company does deal with upper middle-class people with upper middle-class problems. Broadway theater has been for many years supported by those people. They really want to escape, and here we're saying we'll bring it right back in their faces ... what they came to a musical to avoid, they suddenly find facing them on the stage."

Condition: Used Fair 7/10 Cover a b it scuffed and small hole on cover