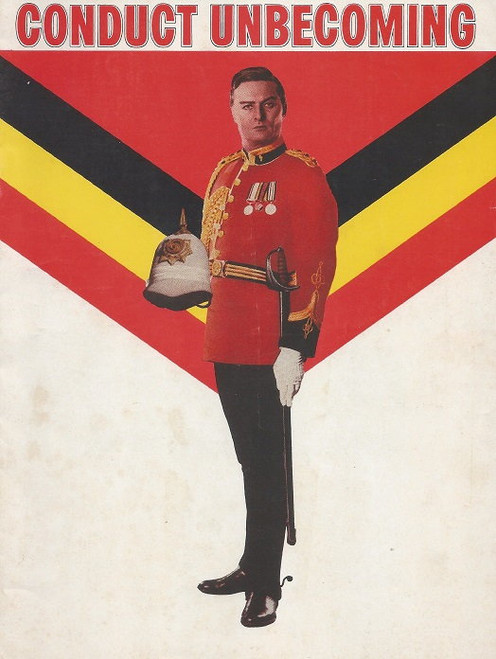 Conduct Unbecoming is a play by Barry England. The plot concerns a scandal in a British regiment stationed in India in the 1880s. The widow of a heroic officer is assaulted by an unrevealed comrade in arms and an investigation takes place to determine his identity. A kangaroo court is convened, as the regiment doesn't wish to have itself dishonored in public. A second lieutenant by the name of Edward Millington is accused of the assault by Mrs Hasseltine, the victim and, at first, everyone is prejudiced against him. Millington himself has no interest in remaining in the army, even though his father was a decorated official. Millington's friend and comrade Arthur Drake is given the duty of defending Millington, much to his initial displeasure. But as events begin to unfold, Drake realizes that Millington is in fact not guilty, and slowly manages to convince everyone else as well. But the question remains... who is guilty? The play builds up towards the end, gripping the reader with suspense as well as a sense of mystery.

This Souvenir Program is from 1971 Comedy Theatre Melbourne Production