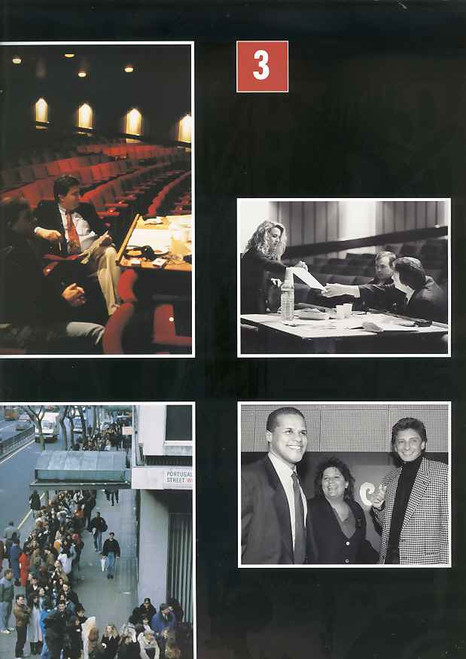 Copacabana is a TV-musical, stage musical, and nightclub show written by Barry Manilow, based on the song of the same name. The show toured the United States and, as of 2006, became available to license to performing companies and schools for the first time.

In 1980, while Manilow was on Merv Griffin’s TV show, he tried to persuade him into starring in a movie about the famous song. The television project began when Dick Clark approached Manilow and cowriters Bruce Sussman and Jack Feldman, and persuaded them to develop a musical film around their popular song, “Copacabana”.

The made-for-TV film, directed by Waris Hussein and written by James Lipton was aired on CBS television on December 3, 1985. In this version, Annette O’Toole’s Lola was from Chicago, Illinois. In future adaptations the character’s origin changes.

Size 240x 340 mm Brochure full of beautiful photos from the show and cast Brochure has a crease on top right cnr, Back cover marks see pix.