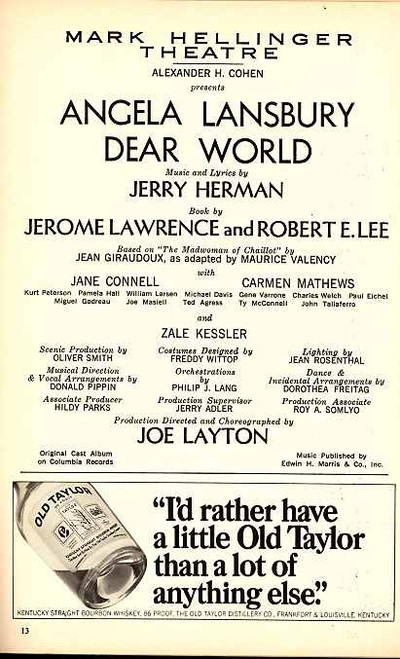 This Playbill is from the Musical Jerry Herman’s “Dear World” Dated May 1969 Issue 5, last month of production.

Size 150 x 225 mm 48 Pages Great information on the show and cast with some pictures, a great addition to any show collection.
(Please Note scans are low res for fast loading