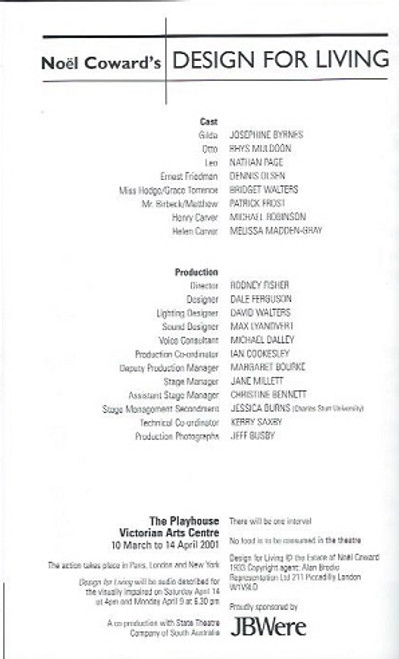 Design for Living is a comedy play written by Noël Coward in 1932. It concerns a trio of artistic characters, Gilda, Otto and Leo, and their complicated three-way relationship. Originally written to star Lynn Fontanne, Alfred Lunt and Coward, it was premiered on Broadway, partly because its risqué subject matter was thought unacceptable to the official censor in London. It was not until 1939 that a London production was presented.
Melbourne Theatre Company Australia
Cast: Josephine Byrnes, Rhys Muldoon, Nathan Page, Dennis Olsen, Bridget Walters, Patrick Frost, Michael Robinson, Melissa Madden-Gray