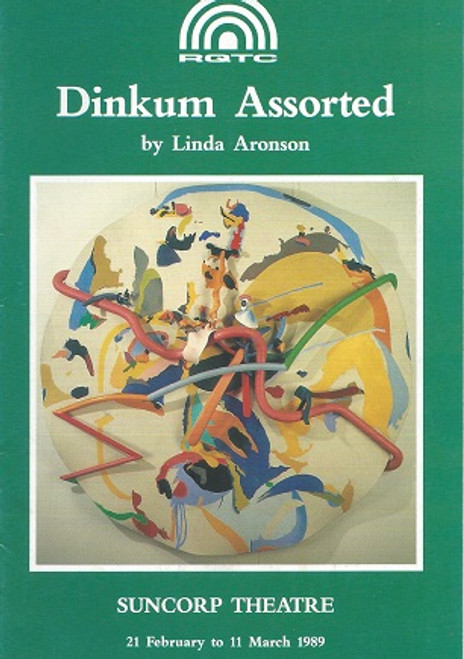 Probably the only play in the world written for a cast of fifteen women and a nanny goat, Dinkum Assorted is a wild comedy with music and tap dancing, set alongside some thought-provoking stories about women striving for personal and professional freedom.

Set in an Australian country town biscuit factory during World War II the play shows how the all-female cast factory workers fight to save the factory, run a ‘Mum’s Army’ Civil Defence Unit, put on a show for the War Effort – and cope with the fact that two thousand US airmen have just been stationed outside town. Portraying the hilarious and poignant adventures of women working in a biscuit factory in remote North Queensland during World War II. Dinkum Assorted offers fifteen female artists the opportunity to laugh, cry, sing, tap dance and ride a motorbike around stage as they plot to save Australia’s iconic biscuit, become air raid wardens, put on a show for two thousand American airmen, and kidnap Rita the goat, the regimental mascot.