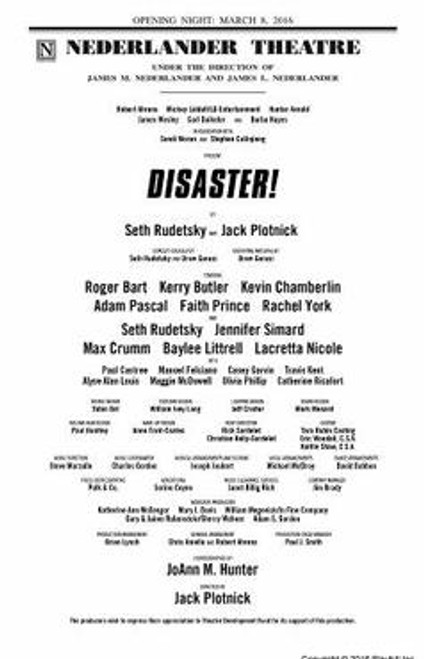 Disaster! is a musical comedy created by Seth Rudetsky, and written by Seth Rudetsky and Jack Plotnick. Earthquakes, tidal waves, infernos and the unforgettable songs of the '70s take center stage in this homage to classic disaster films.

The show debuted at Triad Theatre, now renamed Stage 72, with choreography by Denis Jones and music supervision by Steve Marzullo on January 22, 2012 and ran through March 25 in its first production. A second production ran from November 2013 through April 2014 at New York’s St. Luke's Theatre. The show opened on Broadway at the Nederlander Theatre on March 8, 2016, with previews beginning on February 9, 2016.