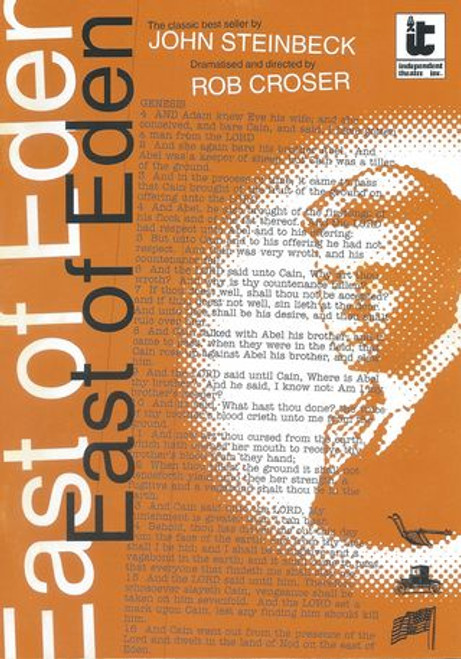 Dramatised and Directed by Rob Croser

East of Eden is a novel by Nobel Prize winner John Steinbeck, published in September 1952. Often described as Steinbeck's most ambitious novel, East of Eden brings to life the intricate details of two families, the Trasks and the Hamiltons, and their interwoven stories. The novel was originally addressed to Steinbeck's young sons, Thom and John (then 6½ and 4½ years old, respectively). Steinbeck wanted to describe the Salinas Valley for them in detail: the sights, sounds, smells and colors.

The Hamilton family in the novel is said to be based on the real-life family of Samuel Hamilton, Steinbeck's maternal grandfather. A young John Steinbeck also appears briefly in the novel as a minor character.

Independent Theatre has been enthralling Adelaide audiences with top quality theatre of strong dramatic significance since it began almost 30 years ago in 1984. Its work covers the gamut of theatrical writing, from Ancient Greek tragedies to Australian and world premieres of brand new plays.