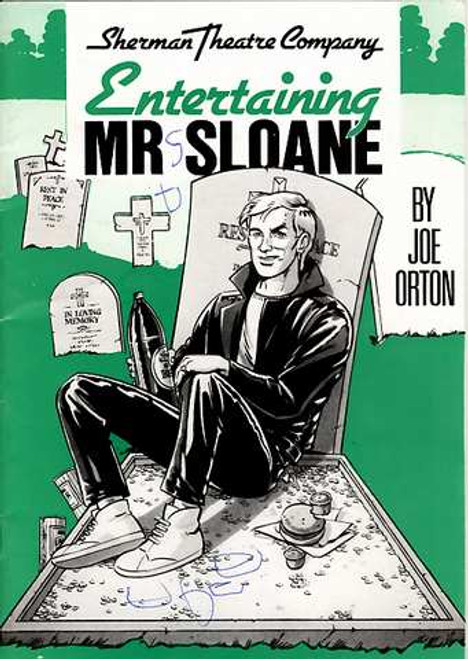 Entertaining Mr Sloane is a play by the English playwright Joe Orton. The play premiered in the West End in 1964, thanks to the financial support of Terence Rattigan, who had seen the play at the New Arts Theatre, rated it highly and put up £3,000 in sponsorship. It was directed by Patrick Dromgoole and starred Madge Ryan as Kath, Dudley Sutton as Sloane, Charles Lamb as Kemp, and Peter Vaughan as Ed. It was designed by Timothy O'Brien, with costumes supervised by Tazeena Firth.

The Broadway production, directed by Alan Schneider, opened at the Lyceum Theatre on 12 October 1965 and closed after 13 performances. It starred Sheila Hancock as Kath, Dudley Sutton as Sloane, Lee Montague as Ed, and George Turner as Kemp. William Ritman designed the sets and costumes