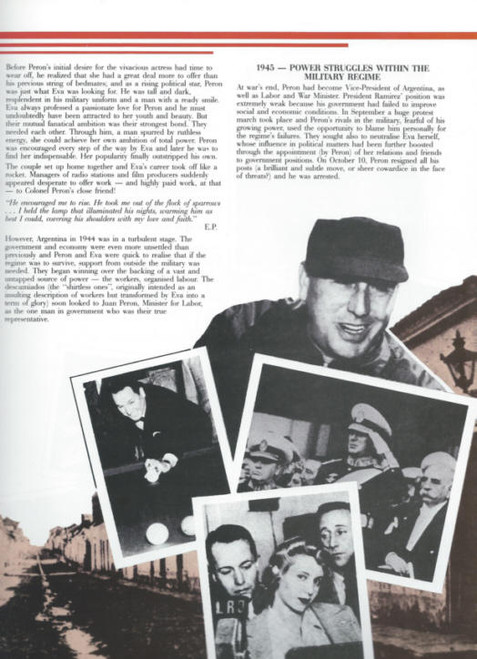 Evita is a musical with music by Andrew Lloyd Webber and lyrics by Tim Rice. It concentrates on the life of Argentine political leader Eva Perón, the second wife of Argentine president Juan Perón. The story follows Evita's early life, rise to power, charity work, and eventual death.  The musical began as a rock opera concept album released in 1976. Its success led to productions in London's West End in 1978, winning the Laurence Olivier Award for Best Musical, and on Broadway a year later, where it was the first British musical to receive the Tony Award for Best Musical.

This has been followed by a string of professional tours and worldwide productions and numerous cast albums, as well as a major 1996 film of the musical starring Madonna and Antonio Banderas. The musical was revived in London in 2006, and on Broadway in 2012.

Stephen Lawrence (13 September 1974 – 22 April 1993) was a Black British man from Eltham, south east London, who was murdered in a racist attack while waiting for a bus on the evening of 22 April 1993. The case became a cause célèbre and one of the highest profile racial killings in UK history; its fallout included profound cultural changes to attitudes on racism and the police, and to the law and police practice, and the partial revocation of double jeopardy laws, before two of the perpetrators were convicted almost 20 years later in 2012.