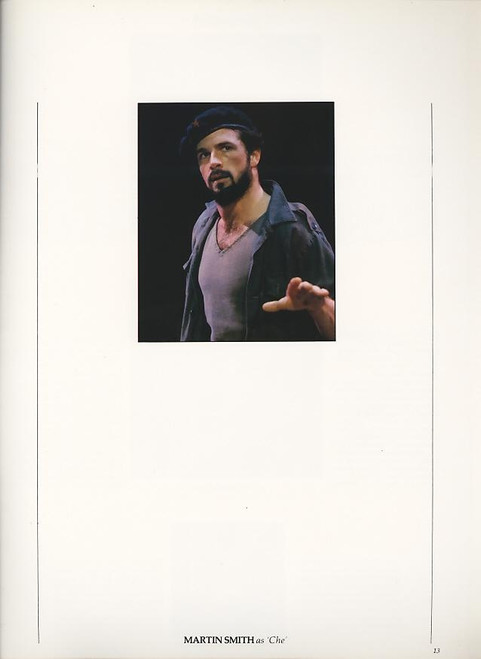 This Souvenir Brochure is from the London Production dated May , 1982

Size 225 x 300 mm lots of beautiful photos from the show and cast and extra information on Evita.