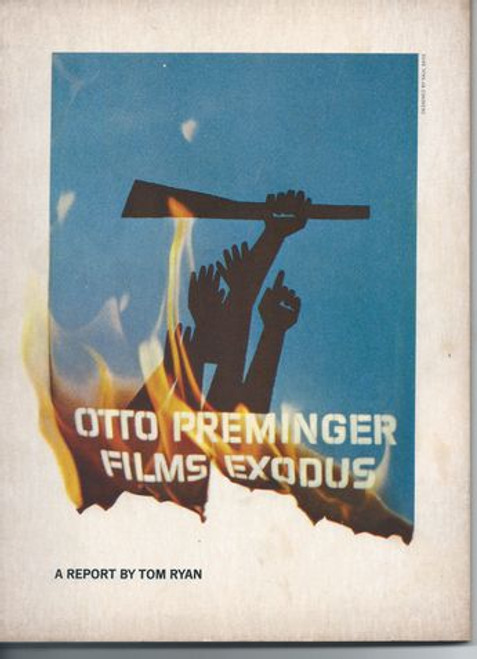 Exodus is a 1960 American epic film on the founding of the State of Israel. It was made by Alpha and Carlyle Productions and distributed by United Artists. Produced and directed by Otto Preminger, the film was based on the 1958 novel Exodus by Leon Uris. The screenplay was written by Dalton Trumbo. The film features an ensemble cast, and its celebrated soundtrack music was written by Ernest Gold.

Often characterized as a "Zionist epic" the film has been identified by many commentators as having been enormously influential in stimulating Zionism and support for Israel in the United States. While Preminger's film softened the anti-British and anti-Arab sentiment of the novel, the film remains contentious for its depiction of the Arab–Israeli conflict. Preminger openly hired screenwriter Trumbo, who had been on the Hollywood blacklist for over a decade for being a communist and forced to work under assumed names. Together with Spartacus, also written by Trumbo, Exodus is credited with ending the practice of blacklisting in the US motion picture industry.