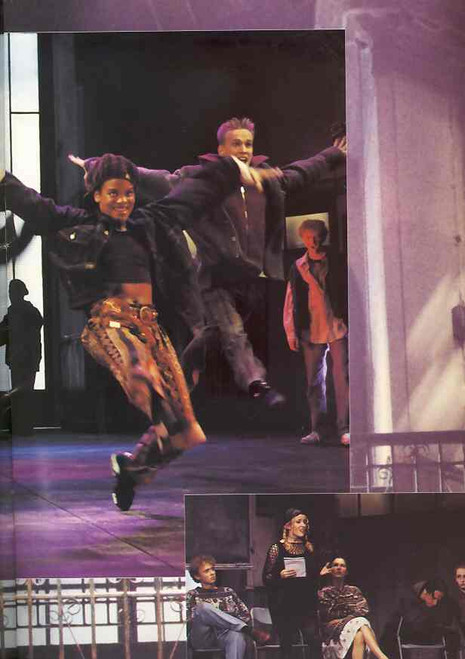 A stage musical based on the 1980 musical film Fame has been staged under two titles. The first, ‘Fame – The Musical’ conceived and developed by David De Silva, is a musical with a book by Jose Fernandez, music by Steve Margoshes and lyrics by Jacques Levy. The musical premiered in 1988 in Miami, Florida. as ‘Fame on 42nd Street’, it was performed Off-Broadway from 2003 to 2004.

De Silva had produced the 1980 film about students at New York City's High School of Performing Arts. The critically and commercially successful film was followed by a six-season television series and the musical. The musical is significantly rewritten from the previous adaptations, with an almost entirely new score. The film is referred to several times in the script and in two songs.

This Souvenir Brochure is from 1995 London Production.(Bonus extra includes program/playbill)

Size 235 x 330 mm
Many beautiful colour plates from the show and cast a must for any collector.
Program Size 170  x 240 mm
Condition: Good 8/10 (cover looks washed out, however its black and silver doesn't scan well)
(Please Note scans are low res for fast loading)