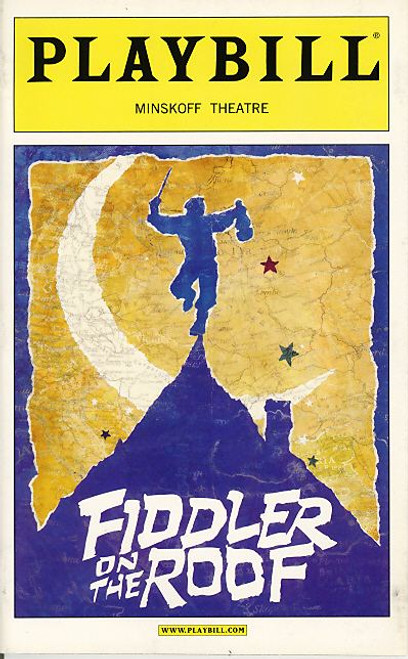 Fiddler on the Roof is a musical with music by Jerry Bock, lyrics by Sheldon Harnick, and book by Joseph Stein, set in Tsarist Russia in 1905. It is based on Tevye and his Daughters (or Tevye the Milkman and Other Tales) by Sholem Aleichem. The story centers on Tevye, the father of five daughters, and his attempts to maintain his family and Jewish religious traditions while outside influences encroach upon their lives. He must cope with both the strong-willed actions of his three older daughters—each one's choice of husband moves further away from the customs of his faith—and with the edict of the Tsar that evicts the Jews from their village. The original Broadway production of the show, which opened in 1964, was the first run of a musical in history to surpass the 3,000 performance mark. Fiddler held the record for the longest-running Broadway musical for almost 10 years until Grease surpassed its run. It remains Broadway's fourteenth longest-running show in history. The production was extraordinarily profitable and highly acclaimed. It was nominated for ten Tony Awards, winning nine, including Best Musical, score, book, direction and choreography. It spawned four Broadway revivals, a successful 1971 film adaptation, and the show has enjoyed enduring international popularity. It is also a very popular choice for school and community productions.