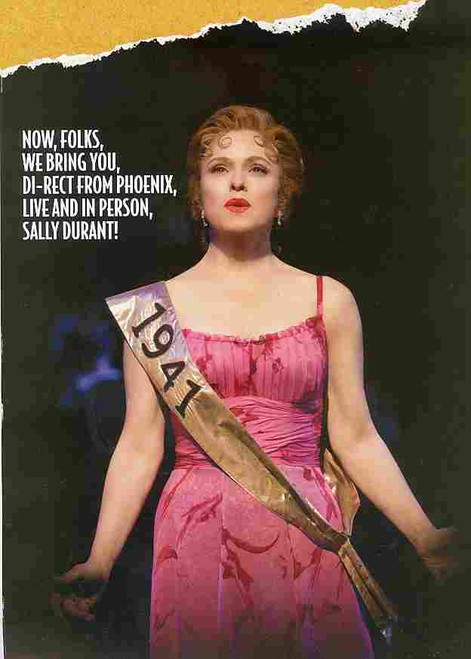 Follies  is a musical with music and lyrics by Stephen Sondheim and a book by James Goldman. The story concerns a reunion in a crumbling Broadway theatre, scheduled for demolition, of the past performers of the “Weismann’s Follies,” a musical revue (based on the Ziegfeld Follies), that played in that theatre between the World Wars. It focuses on two couples, Buddy and Sally Durant Plummer and Benjamin and Phyllis Rogers Stone, who are attending the reunion. Sally and Phyllis were showgirls in the Follies. Both couples are deeply unhappy with their marriages. Buddy, a traveling salesman, is having an affair with a girl on the road; Sally is still as much in love with Ben as she was years ago; and Ben is so self-absorbed that Phyllis feels emotionally abandoned. Several of the former showgirls perform their old numbers, sometimes accompanied by the ghosts of their former selves.

This Souvenir Brochure is from the 2011 Revival

Souvenir Brochure Size 230 x 330 mm Many beautiful colour plates and the full story a must for any collector.