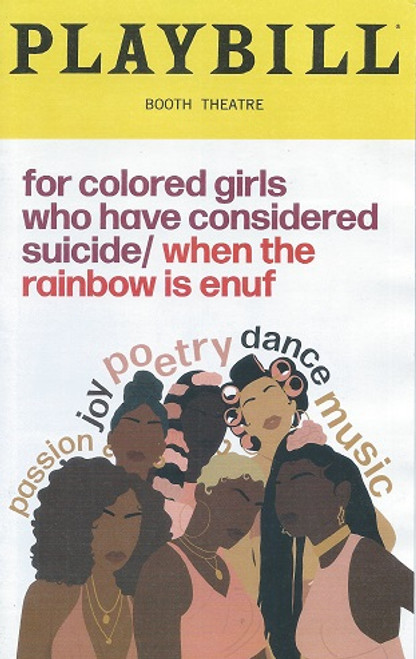 For Colored Girls Who Have Considered Suicide When the Rainbow Is Enuf (sometimes stylized as for colored girls who have considered suicide/when the rainbow is enuf) is a 1975 experimental play by Ntozake Shange. Initially staged in California, it has been performed Off-Broadway and on Broadway, and adapted as a book, a television film, and a theatrical film. The 1977 Broadway production was nominated for the Tony Award for Best Play.