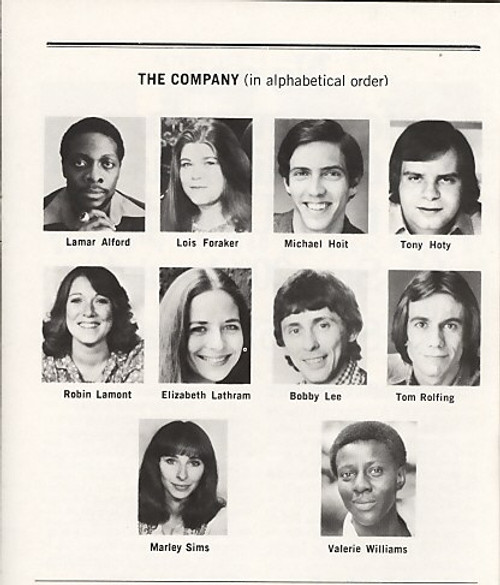 Godspell is a musical by Stephen Schwartz and John-Michael Tebelak. It opened off Broadway on May 17, 1971, and has played in various touring companies and revivals many times since. Several cast albums have been released over the years and one of its songs, "Day by Day" from the original cast album, reached #13 on the Billboard pop singles chart in the summer of 1972. The structure of the musical is that of a series of parables, based on the Gospel of Matthew (though three of the parables featured are only recorded in the Gospel of Luke). These are then interspersed with a variety of modern music set primarily to lyrics from traditional hymns, with the passion of Christ treated briefly near the end of the performance. It started as a college project performed by students at Carnegie Mellon University and moved to La MaMa Experimental Theatre Club in Greenwich Village. It was then re-scored for an off-Broadway production which became a long-running success. Bobby Lee, Elizabeth Lathram, Lois Foraker, Tony Hoty, Marley Sims