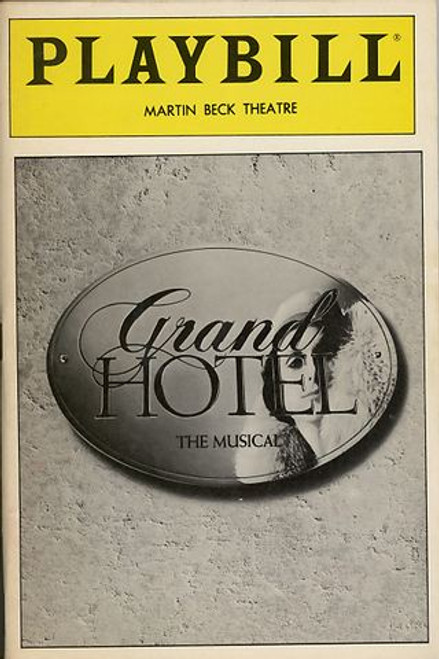 Grand Hotel is a musical with a book by Luther Davis and music and lyrics by Robert Wright and George Forrest, with additional lyrics and music by Maury Yeston.

Based on the 1929 Vicki Baum novel and play, Menschen im Hotel (People in a Hotel), and the subsequent 1932 MGM feature film, the musical focuses on events taking place over the course of a weekend in an elegant hotel in 1928 Berlin and the intersecting stories of the eccentric guests of the hotel, including a fading prima ballerina; a fatally ill Jewish bookkeeper, who wants to spend his final days living in luxury; a young, handsome, but destitute Baron; a cynical doctor; and a typist dreaming of Hollywood success.

Martin Beck theatre was renamed the Al Hirschfeld in honor of the caricaturist-cartoonist who had chronicled live theatre for seventy-five years. His hundredth birthday was the date chosen to change the name but, sadly, he did not live to see the theatre renamed.