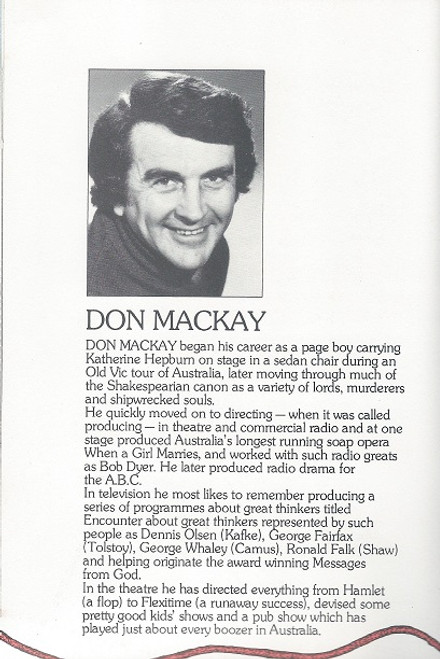 Alan Bennett (born 9 May 1934) is an English playwright, screenwriter, actor, and author. He was born in Leeds and attended Oxford University, where he studied history and performed with the Oxford Revue. He stayed to teach and research medieval history at the university for several years. His collaboration as writer and performer with Dudley Moore, Jonathan Miller and Peter Cook in the satirical revue Beyond the Fringe at the 1960 Edinburgh Festival brought him instant fame. He gave up academia, and turned to writing full-time, his first stage play Forty Years On being produced in 1968.
His work includes The Madness of George III and its film adaptation, the series of monologues Talking Heads, play and subsequent film of The History Boys, and popular audio books, including his readings of Alice's Adventures in Wonderland and Winnie-the-Pooh.

Habeas Corpus is a stage comedy in two acts by the English author Alan Bennett. It was first performed at the Lyric Theatre in London on 10 May 1973, with Alec Guinness in the central role. It ran, with cast changes, until 10 August 1974. The Broadway production that followed was less successful, running for less than three months. The play has been revived several times since then, in London and elsewhere.
The action revolves around the (generally) thwarted libidos of the principal characters. The title of the play is an old legal term habeas corpus, which translates from Latin as "you shall have the body".

This Souvenir Program is from the 1981 - Princess Theatre Melbourne

Size 220 x 145 mm  Pictures and information of the cast and show.
Condition: Used Good 8/10  - original ticket stapled to 2nd page
(Please Note scans are low res for fast loading)
Each Order will incur a $5.00 handling fee (including free shipping)
All Prices Shown are in USD (United States of America Dollars)
All Payments by Paypal Just Checkout as GUEST no need to register