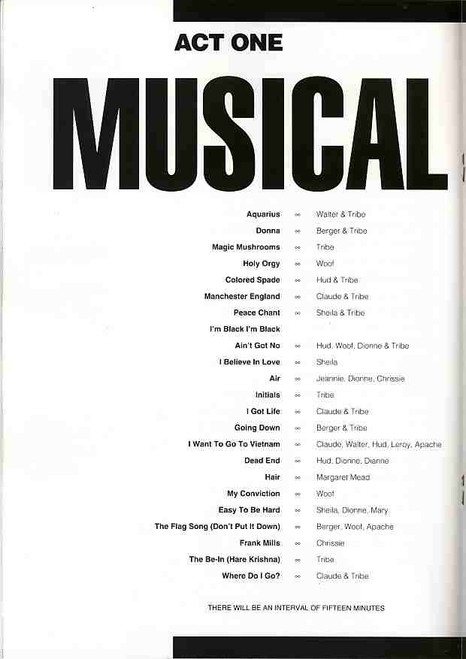 Hair: The American Tribal Love-Rock Musical is a rock musical with a book and lyrics by James Rado and Gerome Ragni and music by Galt MacDermot. A product of the hippie counter-culture and sexual revolution of the 1960s, several of its songs became anthems of the anti-Vietnam War peace movement. The musical’s profanity, its depiction of the use of illegal drugs, its treatment of sexuality, its irreverence for the American flag, and its nude scene caused much comment and controversy.  The musical broke new ground in musical theatre by defining the genre of “rock musical”, using a racially integrated cast, and inviting the audience onstage for a “Be-In” finale.

This is the Souvenir Brochure is from the Australian 1991 Production.

Size 210 x 300 mm
Information and pictures from the show and cast a must for any collector.
Condition: Good 8/10
(Please Note scans are low res for fast loading)