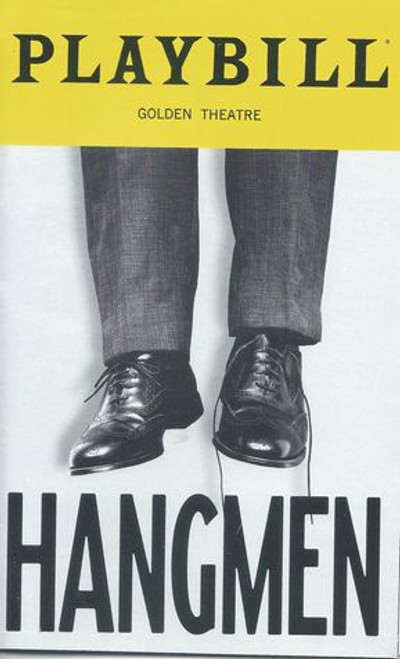 Hangmen is a play by the British-Irish playwright Martin McDonagh. It received its world premiere at the Royal Court Theatre, London, in September 2015, before transferring to the West End's Wyndham's Theatre. The play was directed by Matthew Dunster, designed by Anna Fleischle, and featured David Morrissey and Reece Shearsmith among others. It was universally acclaimed by theatre critics, and was nominated for numerous awards including the Olivier Awards, Critics' Circle Theatre Awards and the Evening Standard Theatre Awards. For its U.S. premiere in 2018 at Off-Broadway's Atlantic Theater Company, Hangmen won the New York Drama Critics' Circle Award for Best Foreign Play.

Hangmen takes place in 1965 in the UK. It centers around an executioner named Harry Wade. Harry is the second best hangman in the land, and he owns a pub with his wife, Alice, and his fifteen-year-old daughter, Shirley. Harry is forced to deal with the abolition of hangings, and the pub is filled with people who have various motives concerning Harry's profession. A stranger named Mooney comes to the pub and causes trouble, flirting with Harry's daughter to get under his skin. Mooney toys with Harry and makes Harry and Alice believe he has kidnapped and killed their daughter Shirley. This pushes Harry to hang Mooney illegally, which was Mooney's goal all along. The play ends with Harry dealing with the justification of the hanging he performed in the very beginning of the play.