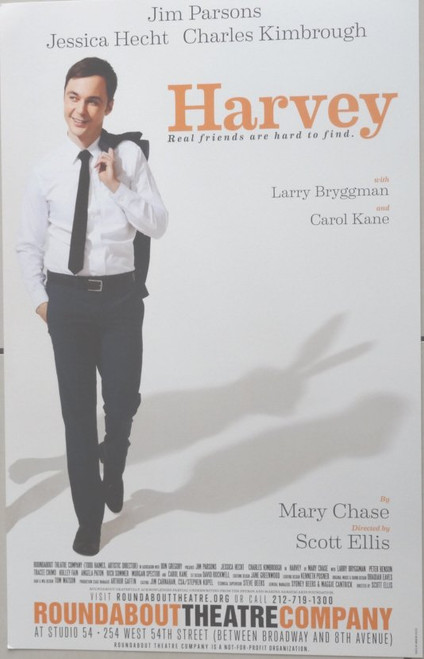 Harvey is a 1944 play by American playwright Mary Chase. Produced by Brock Pemberton and directed by Antoinette Perry, the play premiered on 1 November 1944 at the 48th Street Theatre on Broadway where it was staged for 1,775 performances before closing on January 15, 1949. The original production was directed by Antoinette Perry and starred Frank Fay and Josephine Hull. The play also had a production in 1949 at London’s Prince of Wales Theatre. Chase received the Pulitzer Prize for Drama for the work in 1945.