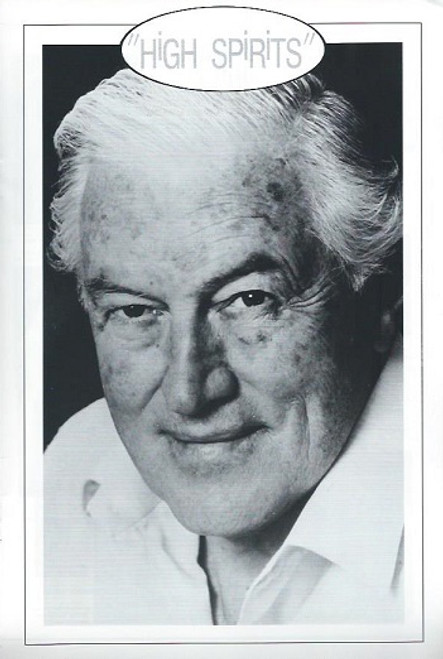 Devised and Directed by John McCallum

John McCallum and Googie Withers talk about the life's after 50 years on the stage and screen designer by Nicholas McCallum.

John Neil McCallum, AO, CBE (14 March 1918 – 3 February 2010) was an Australian theatre and film actor, highly successful in Britain. He was also a television producer. McCallum became a leading man in British films of the 1940s and 1950s, including highly regarded films such as It Always Rains on Sunday (1947). In 1948 he married the British actress Googie Withers, with whom he appeared in a large number of films. They made their home in Australia from 1958. McCallum also wrote, directed and produced numerous films and television series, particularly the international TV series Skippy the Bush Kangaroo (1966–68) which he co-produced with Lee Robinson. Television series he produced in the 1970s include Boney, Barrier Reef and Shannon's Mob. McCallum also widely acted on the stage. A particular favourite role was in The Circle by W. Somerset Maugham. In this production he acted alongside Googie Withers in the U.K. as well as in Australia

Georgette Lizette "Googie" Withers CBE, AO (12 March 1917 – 15 July 2011) was a British entertainer who had a lengthy career in theatre, film, and television. She was a long time resident of Australia with her husband, the actor John McCallum, with whom she often appeared. She was a well-known actress during the war and post-war years. Withers first toured Australia in the stage play Simon and Laura. When McCallum was offered the position running J.C. Williamson theatres, they moved to Australia in 1959. Withers starred in a number of stage plays, including Rattigan's The Deep Blue Sea, Desire of the Moth, The First 400 Years (with Keith Michell), The Circle, A. R. Gurney's The Cocktail Hour, Time and the Conways, The Importance of Being Earnest, Beekman Place (for which she also designed the set), The Kingfisher, Stardust, Chekhov's The Cherry Orchard and Wilde's An Ideal Husband for the Melbourne Theatre Company; both productions toured Australia. They appeared together in the UK in The School for Scandal at the Duke of York's Theatre in London's West End and on the subsequent British Council tour of Europe in 1983–84 and in W. Somerset Maugham's The Circle at the Chichester Festival Theatre

This Brochure is from 1991 Australian Tour (Victoria Arts Center Melbourne)

Cast:  Googie Withers and John McCallum Lots of info on there 50 years in Show Bussiness

Condition: Used Fair/Good 7-10  ticket stapled to 1st page & small marks on cover
Each Order will incur a $5.00 handling fee (including free shipping)
All Prices Shown are in USD (United States of America Dollars)
All Payments by Paypal Just Checkout as GUEST no need to register