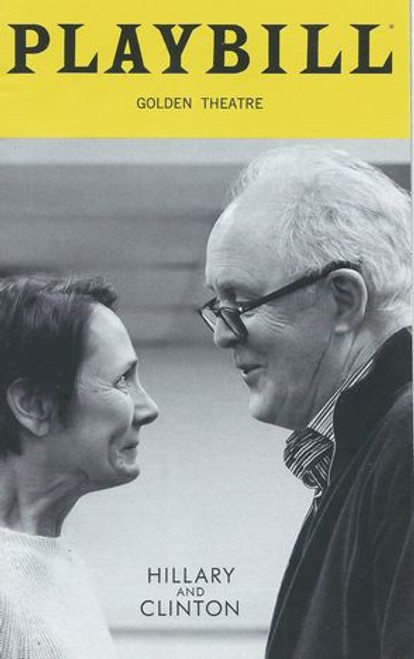 Hillary and Clinton is a play written by Lucas Hnath that premiered in 2016 at the Victory Gardens Theater in Chicago. The play is set in an alternate universe and tells a story centering on Hillary Clinton's 2008 presidential campaign.

After one month of previews, the play opened on Broadway on April 18, 2019, at the John Golden Theatre. The Broadway production stars Laurie Metcalf as Hillary Clinton and John Lithgow as Bill Clinton. Hillary and Clinton was written by Lucas Hnath in 2008. Hnath described it as "a play about the Clintons that's not a play about the Clintons." During its development stage, the play was workshopped at Victory Gardens Theater's Ignition Festival of New Plays in 2014 then at the Cape Cod Theatre Project in 2015. The first read-through for the Victory Gardens Theater production took place in March 2016. Hnath had asked the original production team not to attempt to cast actors who resembled the real-life individuals they were to play, as he did not want the character portrayals to come across as impressions.