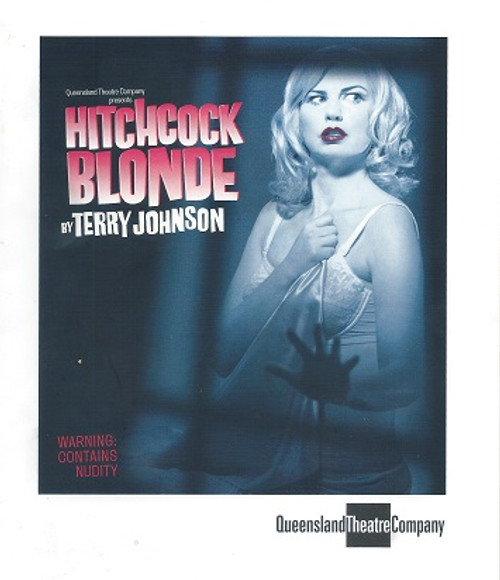 Hitchcock Blonde is a play by British playwright Terry Johnson which debuted in April 2003 in London and later moved to London's West End. It was also staged in the United States. The play takes place in three time periods: 1919, when a short film featuring a blonde woman was shot which later fascinated Alfred Hitchcock; 1960, during the filming of Hitchcock's classic Psycho; and 1999, when a media studies professor and one of his students, another blonde woman, discover the 1919 film and re-examine Hitchcock's work through its lens. The play premiered in April 2003 at the Royal Court Theatre, London, and later moved to the Lyric Theatre in London's West End. Its American premiere was at the South Coast Repertory in Costa Mesa, California in February–March 2006. It was also staged at the Alley Theatre in Houston, Texas from 23 February to 18 March 2007. A revival of the play for its tenth anniversary ran at the Hull Truck Theatre in Kingston upon Hull, UK from 1–16 February 2013.

The Blonde The Brunette and the Vengeful Redhead