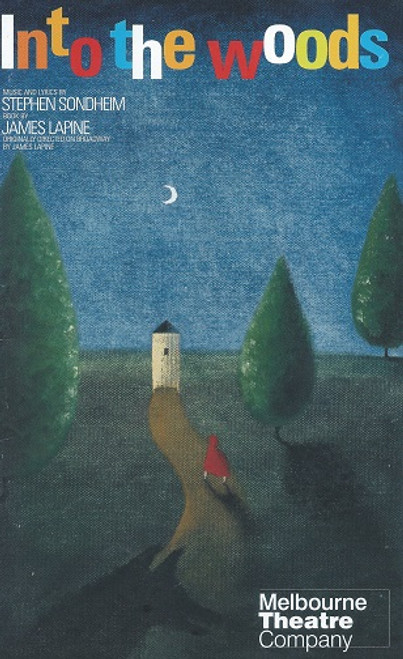 Into the Woods - Melbourne Theatre Company 1998

by Stephen Sondheim and James Lapine

Into the Woods is a musical with music and lyrics by Stephen Sondheim and book by James Lapine. It debuted in San Diego at the Old Globe Theatre in 1986, and premiered on Broadway in 1987. Bernadette Peters' performance as the Witch and Joanna Gleason's portrayal of the Baker's Wife brought acclaim to the production during its original Broadway run. Into the Woods won several Tony Awards, including Best Score, Best Book, and Best Actress in a Musical (Joanna Gleason), in a year dominated by The Phantom of the Opera. The musical has been produced many times, with a 1988 national tour, a 1990 West End production, a 1991 television production, a 1997 tenth anniversary concert, a 2002 Broadway revival and a 2010 London revival. It was later loosely adapted into the hip-hop dance musical, Into the Hoods. The musical intertwines the plots of several Brothers Grimm fairy tales and follows them further to explore the consequences of the characters' wishes and quests. The main characters are taken from the stories of Little Red Riding Hood, Jack and the Beanstalk, Rapunzel, and Cinderella, tied together by a more original story involving a baker and his wife and their quest to begin a family, most likely taken from the original story of Rapunzel by the Brothers Grimm. It also includes references to several other well-known tales.